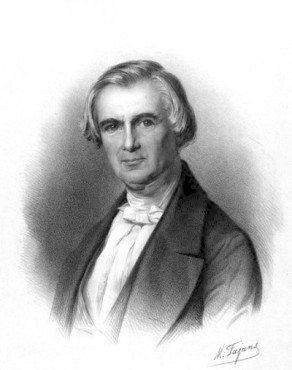 Karol Lipiński, the most famous Polish virtuoso violinist of the first half of the 19th century, was born on 30 October 1790 as a son of a court musician at the estate of the Potocki family at Radzyń Podlaski. From very early on his father Feliks taught him to play the violin. In 1799 the Lipiński family moved to Lviv, where over time Karol Lipiński developed various forms of activity. Not only was he an orchestra musician and a composer but also a chamber music performer, conductor, teacher and soloist at many concerts organized in the city. It was then that he composed three classical symphonies, an overture, a number of violin pieces, as well as stage music for the theatre run by Jan Nepomucen Kamiński.

His professional life changed radically when towards the end of 1814 he left for Vienna, where he met Louis Spohr – the then very popular violinist, composer and conductor. From that moment on he started to think more seriously about a career of a virtuoso; to become one he focused on perfecting his technique and extending his repertoire. Another turning point came in 1817, when Lipiński set out on his first tour, which proved of great importance, mainly because it was then that he met and played together with Niccolo Paganini. Joint concerts were given by the two musicians at Piacenza in 1818. He emerged from the challenge unscathed, as he gained the respect of the famous Italian and familiarized himself with his virtuoso style. This first, successful tour was followed by others, and Lipiński continued to travel in Europe for over 20 years, with only short breaks. His concerts took him not only to towns and cities on Polish land but also to the biggest European centres of culture in Russia, Austria, Italy, Germany, France and England; everywhere his performances were very popular. Thanks to his rivalry with Paganini, whom he met again in Warsaw in 1829, his name became well known to music enthusiasts throughout Europe. Karol Lipiński was one of the biggest virtuoso violinists of the time; this is attested, among other things, by Paganini’s opinion, who – when asked to say who he considered the greatest violinist in Europe – used to respond: ‘I don’t know who the greatest is, but Lipiński is certainly the second greatest’.

After 20 years of his career as a performing artist, in about 1837, Lipiński withdrew from such an intensive concert life. He applied for a double position in Dresden, as concertmaster of the Royal Oratory and kapellmeister at the court chapel. His efforts proved successful and he received the appointment in early July 1839.This marked the beginning of a period of over 20 years of running one of the most brilliant European orchestras at the time. In Dresden he also gained a reputation as an excellent chamber music performer. The concerts of the string quartet, in which he played the first violin, enjoyed great popularity and their reviews printed in specialist publications were full of superlatives.

In 1861, 22 years after his arrival in Dresden, Karol Lipiński was forced to retire due to ill health. He moved to Virlov in Galicia, where he began to fulfil his lifelong dream – in his estate he established a school of music for talented children from peasant families and bought violins for them from Lviv luthiers. Unfortunately, he was not able to enjoy this for long, as he died on 16 December 1861. In line with his last will, his son Gustaw established a Karol and Regina Lipińscy scholarship programme, with three fourths of the income from the estate going to the cause. From that time on scholarships were awarded to three talented Polish violinists.

Karol Lipiński is first of all known as a virtuoso. He was the most eminent Polish violinist before Henryk Wieniawski and one of the greatest virtuosi of the first half of the 19th century. He may be regarded as the father of the Polish violin school, which is different from the Italian or French-Belgian ones. Lipiński created his own performance style. A deep musical culture, technical perfection, immaculately pure intonation, perfect interpretation, and above all a magnificent, mellow tone combined to form the Polish artist’s individual playing style.

Lipiński’s compositional output comprises three symphonies, an overture, chamber music, vocal-and-instrumental and stage pieces, and – most important of all – compositions for solo violin, including 11 caprices, as well as pieces for violin with accompaniment of orchestra or piano. These are: four violin concertos, of which Violin Concerto No 2 in D Major ‘Concerto Militaire’ is the most popular, rondos, variations and fantasies on motifs usually taken from operas written by other composers. Works by Lipiński are rich in national elements, which come to the fore in his polonaises; he composed over thirty of them and they were his favourite form of artistic expression.

The enormous fame gained by Karol Lipiński in the period of unprecedented virtuosity is proof to his outstanding talent. He was known throughout Europe and achieved rare honours. The greatest of his contemporaries showed him their admiration and deep respect. During his performance tours he always emphasized his Polish descent. He served his mother country by promoting his art and gaining reputation for it at the major centres of culture in Europe. With his activity he popularized Polish culture – the culture of a nation whose country was nowhere to be found on the political map of Europe at the time.